Where ISB students come to write! 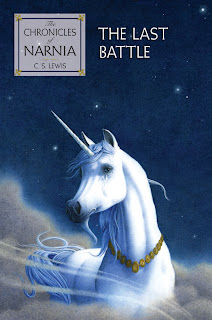 Narnia was once again in trouble. An ape and some people were using a false Aslan to take over Narnia. Furthermore, the king was captured and Narnia fell under Calormen. Eustace and Jill were called into Narnia and they help the king and his unicorn. Although they had caught the imposter, which was a donkey dresses in lion skin, they could not get the other talking beasts to join them. The fear that was created by the false Aslan was too great for the beasts to resist. At last, the two groups met in a fight and when things were about to go for the worse for the king’s side, the door of the gateway into Aslan’s country opened.

This is the last book in the Chronicles of Narnia by C. S. Lewis, but the pace of actions in the beginning was quite fast. It was full of actions that I cannot imagine what the ending would be like. However, all along the story, the author foreshadowed again and again the end of Narnia. It was through the attitude of each character that showed this very well. On page 30, King Tirian said, “…Would it not be better to be dead than to have this horrible fear that Aslan has come and is not like the Aslan we have believed in and longed for? It is as if the sun rose one day and were a black sun.” This gave me the feelings that they were giving up on something they could not control, which was their destiny.

Alex Rider, a teenage MI6 agent was on vacation in the south of France with Sabina, his friend. He spotted Yassen Gregorovich, a contract killer, and the man who’d killed his uncle. He wanted to be free from this, to have a normal life so he ignored Yassen. However, it was not possible for him to ignore this because when he returned to Sabina’s house, he found that it was blown apart. This led him into investigating the matter, without MI6’s support, until he found out the truth. But still, what could he do alone against the man who had enormous influence over the world?

What I like about this story is that the main character, Alex, was almost always given only one clear choice. I think this is a good way to progress the story because it gave the readers no doubt and it kept the readers on Alex’s side. For example, on chapter one, Alex was reluctantly but unavoidably pulled into this because he ignored Yassen, and the result was his friend’s dad being hurt by an explosion. Page 27: “None of my business. That was what Alex had thought. This was the result.” Like the previous books in the Alex Rider Series, the antagonist was a very powerful man. What was different in this book was that a character from the first book was involved, and that really add a different view to the story. Towards the end of the story, Alex’s fight had been more towards himself than other people. It was after Yassen told him that he and his father worked together that Alex’s life and goals changed forever.

Book Report 6 – The Voyage of the Dawn Treader by C. S. Lewis

Edmund and Lucy had been pulled into Narnia again with their cousin, Eustace, through a painting. They were pulled into the sea, and then they were helped onto the Dawn Treader. On board the Dawn Treader, Edmund and Lucy met their old friend, King Caspian, who was sailing east to find all the lords that was sent out from Narnia during his uncle reign. However, there was another goal; Reepicheep, the chief mouse had an idea of sailing to the very end of the world, into Aslan’s country. So they continued their voyage and found each lord, one by one, until they sailed to the beginning of the end of the world, where only Lucy, Edmund, Eustace and Reepicheep were allowed to continue by Aslan.

So far in the Narnia series, it had only been Lucy, Edmund, Susan, and Peter who were the main characters that came to help Narnia. This time, their cousin, Eustace came too but Susan and Peter did not. I think that it was good that the author introduced this new character because his personalities fit very well with the events that happened. The events that happened along their voyage were also very unique and exciting, for example, Eustace was turned into a dragon and on another island, they met and had to help the invisible people. 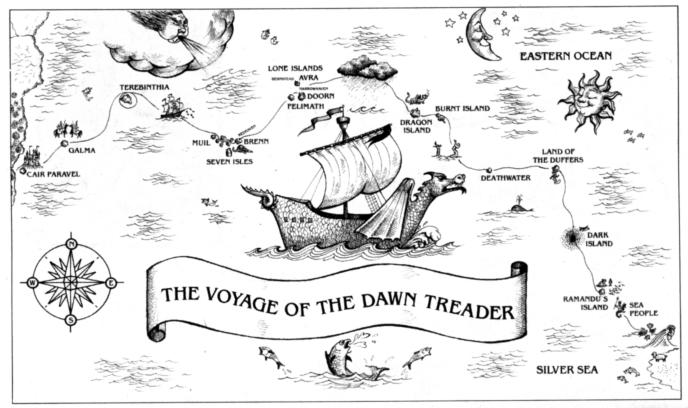 Book Report 5 – Confessions of a Shopaholic by Sophie Kinsella

Rebecca Bloomwood was a financial journalist. Her job was to give financial advices to people, the only thing was that she had a financial problem. She had been receiving letters from her bank and from VISA, saying that she was in debt, large debts. She tried many ways as possible to avoid meeting with the branch manager. But being a journalist didn’t pay much at all, and she just wanted to buy something for herself. One day, however, after a press conference, Rebecca bumped into her bank manager, Derek Smeath…

Confessions of a Shopaholic by Sophie Kinsella is full of emotions and excitements. Nearly once every two pages, I would find myself experiencing a similar but a more tense feeling as the main character, Rebecca Bloomwood. Everything she did seemed to cause a problem. I would not know what to do in if I was in her situation. Once, she was working for a clothes shop and she tried to hide the pair of jeans she wanted from a customer. She was arguing with the customer and the shop manager when suddenly, the jeans rolled out from under the curtain. In another situation, she lied in her job application that she spoke fluent Finnish, unfortunately during her interview, she was told that she got a job in the Bank of Helsinki and the director of the bank was there, talking Finnish to her. “I’ve got to say something. ‘I . . . erm . . .erm . . . Haållø!’ I lift my hand in a friendly little wave and smile around the room. But nobody smiles back. ‘Erm . . . I’ve just go to . . .’ I start backing away. ‘Just got to . . .’ I turn. And I run.” I like the way the author put in these unexpected yet full of emotions details.

Book Report 4 – The Body in the Library by Agatha Christie

At Colonel Bantry’s house, an unknown body had been found in the library. Mrs. Bantry called Ms. Marple, her friend and a detective at once. From the body, the police were able to count many people in as suspects. The police and Ms. Marple continued their investigation, however, another crime occurred. The evidences seemed not to fit together, but it was Ms. Marple who linked all the clues and solved the case. What I like about this book is that the details are very clear and very strong. Some points are described again and again several times in the book that the details stuck in my head. For example, Agatha Christie mentioned about Conway Jefferson several times, and that really brings the character’s personalities out. “No sooner were you in the room with him than you felt the power and magnetism of the man. It was as though the injuries which had left him a cripple had resulted in concentrating the vitality of his shattered body into a narrower and more intense focus.” (Page 74), and again on page 144: “…His arms were flung out, long, powerful arms into which all the strength of his body seemed to be concentrated since his accident… …Always, after a night of rest, he woke like this, happy, refreshed, his deep vitality renewed… …Then he pressed the special bell by his hand. And suddenly a wave of remembrance swept over him.” This suggested that he was a strong yet a very complicated man. By doing this, the author was able to give life to each character and make the characters very real.

Bobby Phillips woke up one day finding himself invisible, and in this book “Things Not Seen” by Andrew Clements, this teenage boy tried to find a way to return to normal. With his Dad only working on the theories, Bobby had to find answers to this by himself. He went outside, either completely covered up or completely naked and made friend with a blind girl, Alicia, which helped him to the very end. Through their journey, their friendship developed and it was Alicia’s idea that gave Bobby back his normal life.

Although the book is about a boy going invisible, I think the main theme of this story is about friendship and how it can stay strong even through difficult times. Bobby and Alicia supported each other during the whole story, even though one was invisible and the other was blind. With the conflicts in the story, I think that the idea about friendship showed up very well. The only part I don’t like about this story is the resolution, the idea of that two negatives make a positive. Bobby slept in his electric blanket again to make himself visible once more. I think it was too easy after all the effort everyone put into helping Bobby.